The power of social media for greater change is unbelievable. If enough people get behind a campaign, it can change social norms drastically. This has been happening recently in a campaign fronted by Jamie Oliver called #adenough.

As one of the most famous chefs globally, Oliver has a stronghold on the entire culinary industry. With 6.3million followers, it is great to see what Oliver is using this audience for. The #adenough campaign targets junk food advertisers, in a bid to place a 9pm watershed on these ads to protect children. The campaign asks people to place their hands across their eyes and post a photo to social media in support of the campaign, with the hashtag #adenough. The idea is to mimic the traditional ad blocking technique of blocking children’s eyes.

This campaign has just skyrocketed, with currently nearly six thousand posts tied to the hashtag in just 7 days.

Although the evidence has been around for a while, it sometimes takes someone with a strong following to use this influence for the greater good. Given childhood obesity has never been higher, the time to act is now, and it’s so refreshing to see a campaign of this nature succeeding.

By sending a powerful, simple message to the government through the public platform of social media, it is hard to resist. 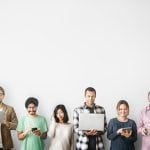 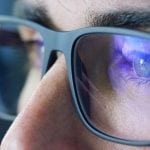 A Modern Day ThreatFood for Thought