Why Vertical Videos Are The Future

Vertical videos were once the scourge of the internet. The unsightly black bars either side of an online video were the call signs of an amateur. Youtube, Vimeo and other video-sharing platforms awkwardly squeezed vertically filmed videos into their horizontal media players, because that was the their format. However with the rise smartphones and their mobile-only social networks like Snapchat, vertical video is becoming increasingly popular among marketers and advertisers.

Facebook, Youtube, Instagram, and Twitter are all embracing the vertical video. Smartphones are as popular as ever and vertical video is much more engaging according to developers. Snapchat says vertical videos published on it’s Discover section are nine times as likely to perform better than horizontal. But why is vertical better?

People don’t naturally hold their phone sideways. Books and documents are presented in portrait because it’s more comfortable on our eyes while reading. The layouts of a smartphone like the homescreen, menus, and webpages are designed to be navigated while the phone is vertical. We hold our smart phone vertically 94% of the time. So forcing a viewer to flip their phone on their side can be irritating.

Since the beginning of film, screens have been wider than they are tall so it made perfect sense for online platforms to display video in landscape. While recent tablets and phones have brilliant displays, they aren’t the same size as your cinema’s. They’re small. In order to play videos shot either vertically or horizontally, the phone has to shoehorn the video into the portrait display to ensure a proper aspect ratio. However, videos shot vertically fills the whole phone’s screen.

There’s a reason behind the words landscape and portrait and how they describe their formats. While beautiful scenery in the great outdoors may be best captured in the former, most times shooting people is best suited for the latter. Humans are taller than they are wider, usually. By cropping out the environment around the subject it becomes much more prominent.  So videos on Youtube like a baby getting a frightful scare or a man walking for the first time with an exoskeleton, are comfortable in their vertically filmed frames. 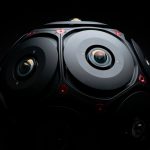 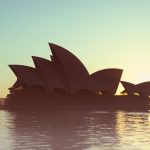 National Icon or Perfect Billboard?Branding and Marketing, Food for Thought