You’ve heard of influencers, right? People whose job it is to, well—be influential. They’re on every social network and device spruiking festivals and luxury brands to their huge list of followers, for a price. These people are popular for popular’s sake and brands are utilising them now more than ever. This relationship is where the new business of nano-influencers has come from. Influencers with large followings can be difficult to negotiate with and far too costly. Even people with follower counts not in the millions have figured out their Instagram feed is coveted. Now brands are searching for attractive digitally-savvy people with follower counts as low as a thousand.

Nano-influencers are normal people with between a thousand and five thousand followers. They’re touting the benefits of coconut water and proudly sharing their makeup goodie-bags to their larger-than-average social circle on Instagram. Brands are harnessing their networks because the content can be specifically targeted. Nano-influencers have an audience in a certain class with a similar age and interests—like how you are similar to your friends. Unlike the broad appeal of huge celebrities, nano-influencers have followers because they’re passionate about fashion, art or popular in another scene. They’re ready to start posting, because they already have an eye for aesthetics and a grip on technology and social media.

More importantly, nano-influencer’s endorsements work. According to Nielsen, 92% of consumers trust word-of-mouth recommendations from friends and family, well above all forms of advertising. The seemingly genuine nature of sharing high praise online makes nano-influencers so effective. Even if from an acquaintance, these posts are much more intimate than traditional advertising.

More and more, consumers are noticing paid promotions on the internet like sponsored content or fake online reviews. Younger generations are growing more dubious about advertising and prefer to trust their online peers. Nano-influencers have an authenticity which sway followers. They’re even willing to promote brands without payment. Marketers and advertisers can broker trades, with nano-influencers posting branded content in exchange for a product or service free of charge. Which means they can keep the sample packs which they post about online. It’s mostly being recognised as an influencer which makes an offer to work with a brand so enticing to some small-time socialites. The term nano-influencer is a status-symbol which communicates ‘I’m popular’, but it doesn’t mean they can quit their day job.

Popularity is now a commodity, which is up for sale among those who are barely in the public eye. With it’s long list of benefits and a handful of downsides, the practice is booming. So if one of your popular friends starts posting about hand cream or energy bars, be wary. 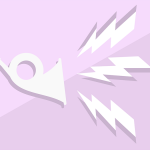 Speak Up! The Future Of VoiceBranding and Marketing, SEO 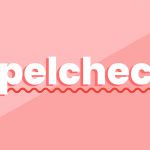