Marketing Tips from the Royal Family

Kensington Palace has announced the Duke and Duchess of Sussex, Prince Harry and his wife Meghan will tour Australia this Spring. Millions of people around the globe tuned in to watch their wedding to get a glimpse of the British royal family’s lifestyle of pomp and pageantry.

It’s difficult to imagine other royal families making a spectacle out of their personal affairs in the same way the British monarchy does. The royal family are a mainstay of British culture and the tourism the UK sees from ‘royal-watchers’ is not unnoticed. National tourism agency VisitBritian has made strong suggestions the royal family and their humble estates are great attractions for the economy.

Whether you support the monarchy or not, the royal family is popular. They know how to market themselves.

The royal family are not out of touch with the latest trends, taking full advantage of social media. The Queen sent her first tweet in 2014 and the office behind the royal family now regularly share updates on their public outings. They joined Youtube in its early days in 2008, Facebook in 2010, and Instagram most recently. They have even been sharing photos from past and present on their official Flickr since 2010.

The team behind the royal family, The Royal Household, understand these channels too. Their writing is simple and succinct, use tags when appropriate, and they know a picture always speaks a thousand words.

The royal family is consistent. This is not only from their spectacularly regular updates daily or even twice daily across all their platforms, but also in the commitment to their remarkably British brand.

They give those who are interested in the royal family’s day-to-day lives their fix, while also reminding those of the family’s long and rich history as ambassadors for Britain. Their messages show the royal family doing good deeds, from diplomacy to charity with all the horses and fascinators that come with the territory. They even moved the British Royal Family’s official website from a ‘.org.uk’ to an elegant ‘.uk’ address to make their brand’s britishness more apparent.

While your brand might not be as regal as the royal family’s, you should endeavour to maintain it throughout all your communication no matter the limit of characters on Twitter.

With all the properness and seriousness of the monarchy, even the Queen can make fun of herself. The team behind the royal family understand their brand so well that when Queen Elizabeth II appeared to skydive out of a helicopter for the 2012 London Olympics opening ceremony , it was so much more impactful.

Beyond the humour and despite their lavish lifestyles, the royal family are relatable. Their social feeds are full of photos from their humble meet-and-greets with plenty of genuine smiles and shaking hands. The display of these human connections makes the idea of The Queen coming over for tea, not too far-fetched. 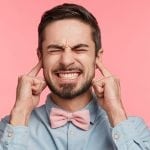 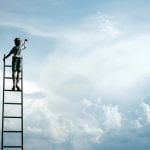 How Strategic is Your Strategy?Branding and Marketing, Food for Thought