How To Craft A Stellar Crowdfunding Video

People have great ideas all the time. Turning that idea into a reality takes time, effort and to be honest, good ol’ fashion luck. Kickstarter and other crowdfunding platforms are now here to help self-motivated entrepreneurs get their start-up off the ground. These services allow the online masses to sift through campaign ideas to throw their digital dollars at any endeavor they wish. People are willing and ready to fund your ambitions. The money is there, you just have to seize it.

These crowdfunding platforms allow and even endorse the use of a video to catch would-be donors’ attention and convince them to invest. According to Kickstarter, projects are 50% more likely to succeed and hit their target with a video, as opposed to 30% for those without. A striking video will obviously go quite far in the pitch, but how does you make a hard-selling video pitch?

Firstly, be yourself. People can spot a fake too easily. The inhabitants of the internet are naturally skeptical. So an inauthentic representation of yourself will be recognised and lambasted. These people who are seeking a project to get behind, are investing in you as well as your idea. So be professional and pleasant, but also reveal parts of yourself you’re comfortable to show on screen. To be too professional and too scripted is downright creepy. An honest impression of yourself will make viewers more comfortable with the idea of them contributing financially, even if it’s a measly few dollars.

Next, hone the entire project down to a simple, concrete message. Yes, the business in mind is complicated and will have many facets. However, it’s tough selling a complicated vision because it’s too difficult to grasp in a few minutes. No matter how brilliant your idea is, you cannot sell it without an elevator pitch. This pitch is a sentence or two which can be rattled off in the time it takes to catch an elevator with a would-be investor. People can be overwhelmed or become too bored with an abundance of information. Once you have them hooked, then you can elaborate.

Lastly, remember to show, don’t tell. Hopefully, by the time you’re setting up a crowdfunding campaign, you have a tangible representation of what you’re selling. A finished product, prototypes or even concept drawings will go a long way in a video. People need to see your idea to understand it and then believe in it. Also show how it adds value. Snake-oil salesmen only tell their marks of the benefits of their overpriced potions. To entice strangers on the internet to part with their hard-earned money, demonstrate the benefits of your idea! Since they’re investing in a solution to a problem, film it, cut it, and then present it. 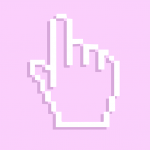 Why You Should Be Making Interactive VideosVideo Production