Last May, Facebook and RED announced they were working together to build the world’s first end-to-end solution for 3D and 360 degrees video capture. The tech behind this camera is astonishing, elevating virtual-reality image capture to an exciting new level.

Utilising the same 8K Helium sensor that lives in their current range of DSMC2 cameras, the Manifold utilises sixteen of them, shooting up to an incredible 60FPS simultaneously. Holy data! I know how much our RED Helium cranks and sixteen of them is going to produce some extraordinary volumes of RAW image information. Adaptable storage solutions are what I’m interested to learn more about as the Manifold comes closer and closer to commercial availability.

Pricing information is not yet available, but the Manifold will certainly be for the professional market. With VR technology rapidly evolving, including the excellent stand-alone Oculus becoming a great tool for unique story-telling, we are starting to VR move further away from fringe technology to a medium that is much more mainstream.

From their press release: “Manifold will help filmmakers and storytellers craft next-generation stories unlike anything else out there. Our work with RED thus far represents a giant leap forward for immersive cinema and we can’t wait to see what the future holds. Stay tuned for updates on our progress, including pricing, availability, and more.”

Filming the Future with RED and Facebook 360 – Manifold in Action

Manifold captures multiple camera angles simultaneously from within a given volume, enabling infinite perspectives to be generated from any direction within a field of view. Read here: http://facebook360.fb.com/2018/09/26/film-the-future-with-red-and-facebook-360/

You can read more about this marvel from Facebook’s announcement post. 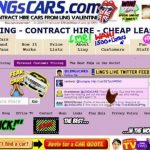 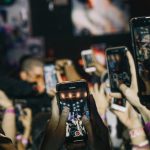 Why Vertical Videos Are The FutureFood for Thought, Photography, Social Media, Video Production