Why The Bertie Beetle Showbag Is So Darn Popular

The Royal Queensland Show, otherwise known as the Ekka is in full swing this week. People from all over Queensland descend upon the Brisbane Showgrounds for a massive week of rides, carnival food, farmyard animals, live entertainment and of course, showbags. The goody bags full of sweets, toys and knickknacks entice unrelenting children and their parents to the showbag hall every year. Of the dozens of showbags on offer each year at the Ekka, none is more iconic than the Bertie Beetle Showbag..

This mainstay of Australian fairs has remained $2 since it went on sale in 1972. For a gold coin you get four Bertie Beetle chocolates, two Wonka redskins and two Allen’s lollipops. While it might be a small bag of treats, it is mighty popular.

First conceived in Melbourne Hoadley’s chocolate factory in Melbourne, the Bertie Beetle was concocted from the leftover shards of honeycomb from the production of the popular Violet Crumble bar. It was first included in Hoadley’s showbag alongside the Violet Crumble and Polly Waffle in 1963, becoming a crowd favourite and earning its own showbag by 1972.

Well it’s now 2018 and the bag is still a sought after treasure. So how has this showbag stood the test of time, delighting generations of Ekka-goers?

For a measly $2 coin, you buy a showbag at the Ekka. Not only is the Bertie Beetle bag cheap, what makes it desirable is that it’s the cheapest showbag. Comparative pricing is the strategy at play by Hoadley’s and it works because if all you see when you look at a showbag is a treat with a tad amount of novelty attached, then of course you would go with the cheapest option available.

Better yet, all of the showbags employ the tactic of ‘emotional rounding’. While the decimal pricing like ‘.99c’, helps when people are making a rational purchase to avoid a negative outcome, a round number helps sell an item when a consumer is making an emotional purchase that ends in a positive result, like chocolate.

If a child is the one making this heavy financial decision, the $2 coin is an easy to use denomination. Younger people’s experience with budgeting is tied to their allowance and probably doesn’t concern decimal points. School fetes, sausage snags and arcade machines all rely on the gold coin transaction for this reason.

The idea of exclusivity drives demand, plain and simple. Limited supply of a product is usually associated more with ‘prestige pricing‘, a strategy which sees a higher price tacked onto an exclusive product, communicating quality. This only works when someone is in the market to purchase an item.

However, a time limit is an incredibly effective way of eliciting an emotional reaction and have people part with their small change over things they truly don’t need. Limited-time only deals and flash sales pressure our hard-wired brains that want something now that might not be available later. Rugs-a-million, has been slashing prices for a limited-time only for what seems to be eons now, so it must be working for them.

Up until 2017, the Bertie Beetle Showbag could only be purchased at fairs around Australia. Last year, Bertie Beetle went digital and now you don’t have to venture down to the showgrounds to pick up a bag of honeycomb treats.

The most powerful marketing tool the Bertie Beetle has its relationship with the Ekka. While the Ekka is a captive market, it’s also an ecstatic market. All the fun and joy of the Ekka is associated with the purchase of its showbags because they’re an exclusive part of the experience.

For you, your parents and grandparents, it’s nostalgia that steers you towards the showbag hall. Brands are beginning to dabble in ‘nostalgia marketing’, utilizing the strong emotional connection we have with our fond memories to sell items and services today.

Unlike newer brands, the Bertie Beetle Showbag doesn’t have to borrow the icons and images of our past, it already has a history. The showbag has been around for nearly half the time Australia has been a nation and in that time, it’s cute and friendly Bertie Beetle mascot hasn’t changed.

The Queensland identity is wrapped into the Bertie Beetle chocolate brand too. The Ekka itself is a celebration of our farmers, a chance for regional and city communities to meet and reconnect. Beginning in 1876, The Ekka has been run by the Royal National Agricultural and Industrial Association of Queensland (RNA), a not-for-profit organisation with a mission to remind Queenslanders how important agriculture is to our everyday lives.

While the Bertie Beetle Bag is a small and simple bag of treats, its iconic brand has lessons to teach. If you’d like to learn more about how to market your brand, contact tprmedia today. 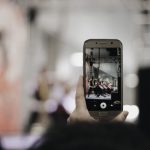 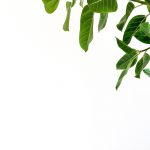 To Go Native or NotBranding and Marketing, Food for Thought