3 Reasons Why The Listicle Is So Popular

While you may not have heard of the word ‘listicle’, if you have perused any news website on the internet in the last ten years, you have probably come across this style of article. A listicle is easy and simple style of writing content as a list. Nearly a decade ago, Cracked.com became the most popular humour website on the internet, with horrifyingly funny articles on peculiar topics, presented as lists. Buzzfeed proliferated the format, now churning out hundreds of articles a day, which can all be read in the time it takes to drink a cup of coffee. While the content of the article can be researched and written well, if its information is organised and presented as in a numbered list, the writing is a listicle.

The format which Buzzfeed and other infotainment websites now dole out on the daily has been fittingly compared to the sometimes ill-informed advice columns published in glossy magazines like Cosmopolitan, listing ways to improve aspects of one’s life. The listicle is now difficult to avoid while trawling the internet to waste time, but why is it so common?

The authors of articles 10 Things We Should Send Back to France and 29 Things Australians Say (Which Americans Don’t) can not be held accountable for what they arbitrarily include and omit. There are no fact-checkers scrutinising these lists. The open-ended nature of listicles entice writers because they can publish an article as soon as they run out of ideas and not be criticized for it. Even legacy media outlets like The New York Times have adopted the listicle style with creative titles like ‘7 Golden Things’.

Bullet points have always been a popular way of reading information. A bulletin is a short and succinct summary of the important aspects of a news story. A person’s attention span favours the most relevant information presented as early as possible. An exhaustive piece of longform journalism may turn off a potential reader, but everyone would still want to hear about it later on the evening news summed up in under a minute.

23 Minion Memes That Are SoOoooOO Damn TRUE is a list twenty-three relatable minion memes. The content of the article is easy to predict because the of the too literal title. One reason articles like these are so popular is because unlike most other articles on the internet, one doesn’t know what the length is going to be. While most news articles aren’t too much of a commitment, knowing exactly how many images, sentences or paragraphs allows a reader to decide whether they want to click and commit, or keep perusing. The slightly addictive satisfication of finally reading all the way to the of the list and finishing an article is enough to look for the next. 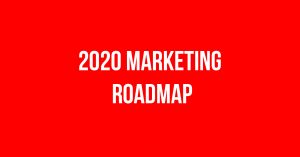 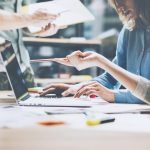 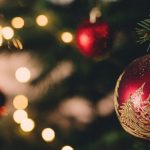 How To Market Your Business These HolidaysUncategorized